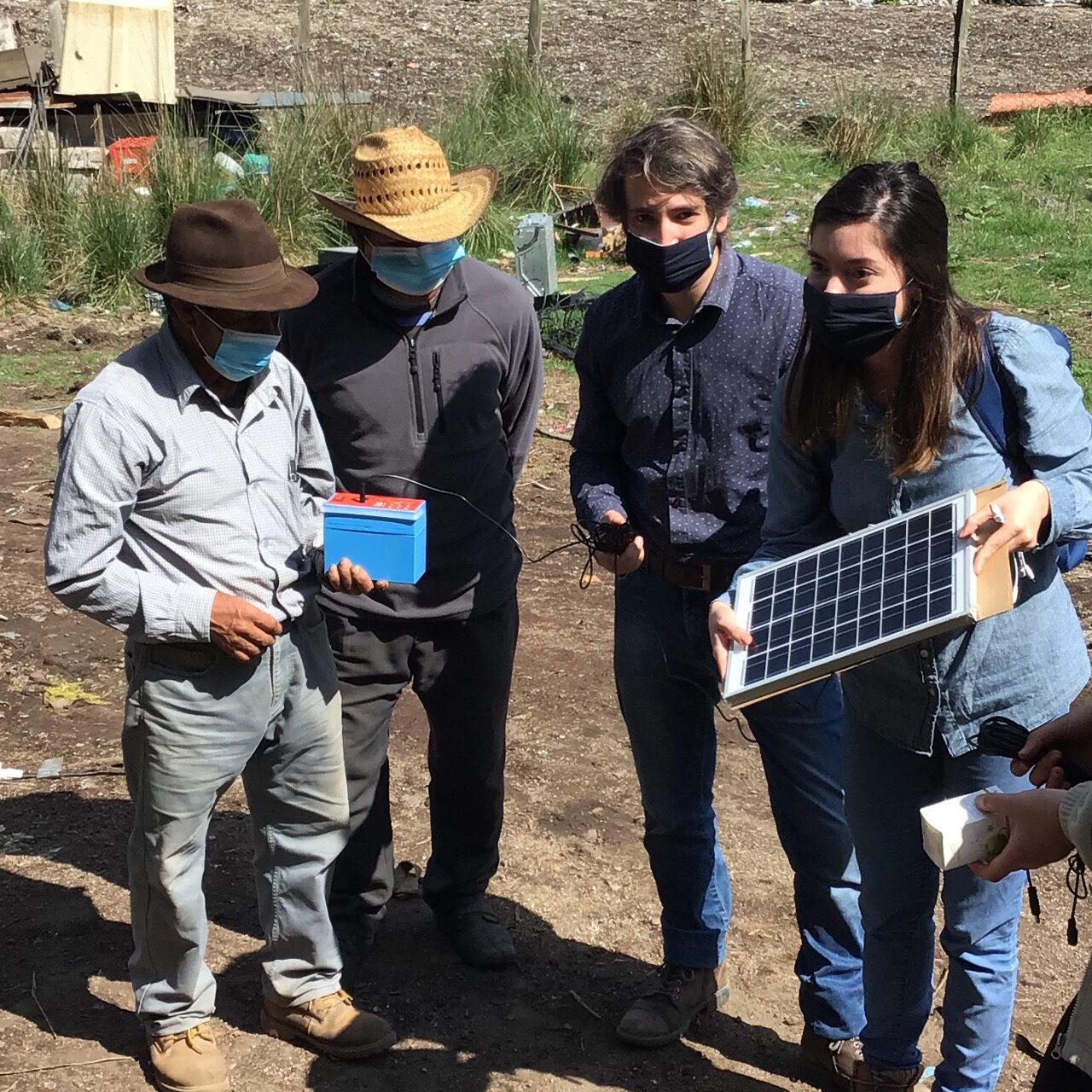 A Seed Money Grant awarded by the Leading House for the Latin American Region, allowed us to start a collaboration with Universidad del Valle de Guatemala to validate the optimal application of the methodology in Central America, collecting valuable data on-site. In our project, we developed a framework to enhance the development of rural electrification projects in Guatemala.

A Seed Money Grant awarded by the Leading House for the Latin American Region, allowed us to start a collaboration with Universidad del Valle de Guatemala to validate the optimal application of the methodology in Central America, collecting valuable data on-site. In our project, we developed a framework to enhance the development of rural electrification projects in Guatemala.

Nowadays, 759 million people in the world do not have access to electricity in their homes to supply their basic needs, including lighting and refrigeration. Besides, 2.6 billion people still rely on pollutant fuels such as biomass and charcoal for cooking. The inaccessibility to clean energy sources drives people to use alternative fuels that need to be combusted on-site, placing them in an unsafe and unhealthy environment. In Latin America and the Caribbean, the average electrification rate has successfully increased from 63% in 1995 to 94% in 2016, according to the World Bank. However, the region of Central America has some of the lowest rates, which are attributed to Nicaragua, Honduras and Guatemala. In Guatemala, almost 10% of the population lives in the dark, and 50% of the population relies on firewood for meeting their cooking needs.

Due to the high investment required to extend the electrical grid to rural areas, other clean off-grid solutions must be explored. For any chosen solution, the starting point is to have knowledge of the electricity needs of people gaining access to this service. Due to the lack of reliable data, current estimation methods make general assumptions that do not represent the rural population, resulting in overestimations and overinvestment of resources. At the Chair of Building Physics at ETH Zurich and the Urban Energy Systems Laboratory at Empa, we developed a methodology to model the energy demand of rural households in developing countries to improve the planning of rural electrification strategies. This methodology applies data-driven techniques using open data from household to national level, creating a framework that could be potentially applicable at a broad geographic scope, but that has so far mainly been tested in African countries, involving the collection of on-site data.

A Seed Money Grant awarded by the Leading House for the Latin American Region, allowed us to start a collaboration with Universidad del Valle de Guatemala to validate the optimal application of the methodology in Central America, collecting valuable data on-site. In our project, we developed a framework to enhance the development of rural electrification projects in Guatemala. This was by geographically identifying sites for future projects, estimating household electricity needs by applying the energy demand methodology; and proposing a model for improving the design of off-grid systems; promoting the application of renewable energies.

Our developed framework starts with the assessment of potential sites and solutions for electrification projects at a national level. For reaching the electrification national target for 2032, we found that 60% of the total investment should be allocated to the expansion of the national electricity grid, followed by off-grid solutions – mostly solar-based. Other hydro-based solutions are feasible in the northern region, where most of the rural population is located. A country-level projection of sites where biogas plants could be implemented showed that these could replace up to 21% of the total use of firewood for cooking. The data-driven energy demand methodology was applied creating predictive models for estimating the number of electrical appliances that rural households own and for identifying their patterns of usage, reaching up to 88% of accuracy. The most significant drivers for appliances ownership are household size, geographic location and livestock ownership. Four behavioural patterns were identified among a population of over 7000 households, which were mainly differentiated based on their socioeconomic conditions. With these predictive models, we computed the electricity profiles and validated them using survey and measurements data collected from 153 households with the support of Helvetas Guatemala, reaching prediction errors below 1%. We also performed community educational workshops for collecting qualitative data and discussing renewable energies, energy access and energy efficiency. Finally, we proposed an open-source model for mini-grid systems design to enhance their deployment. Case studies for different communities were developed finding that mini-grids (especially solar-based) can become very competitive against grid-expansion solutions cost-wise.

As a Guatemalan researcher, I felt personally engaged with this project. The developed bilateral cooperation built the foundation to improve the quality of life of rural communities in Latin America through clean energy access solutions.

The key to the success of this project was the strong collaboration, communication and engagement that was developed between the Swiss and Guatemalan institutions, in which researchers at all career stages worked together to achieve the expected results. In addition, the collaboration with Helvetas Guatemala was vital to deploying the data collection activities and engaging local volunteers. The Seed Money Grant allowed us to gather valuable field data and to develop communication links among stakeholders ranging from rural households, local authorities, and NGOs to provide solutions based on the local context and needs. The collected data will be publicly available to enhance the research community and national authorities in providing solutions to other social challenges. This project sets the foundation for the further development and application of the proposed framework, with expected collaborations with other Latin American institutions.

Dr Cristina Dominguez is a Postdoctoral Researcher at Empa. With a background in Civil, Energy, and Environmental Engineering, her PhD research at ETH Zurich and Empa focused on developing a data-driven geospatial methodology to forecast the energy demand of rural households in developing countries to support the planning of energy access strategies.